I wrote this while travelling over the past 2 months and I thought I’d get it out there.

There must be a reason why we love to say ‘here are two types of people….’
There are several types of two types of people and this is all pervading.
Take the MBTI test for example, the result is the mirroring of multiple micro indicators that build up to 2⁴ personality types.

We see this in symbolism and mythology as well.

What is it about clear black and white do we love when most of life is spent in the grey? 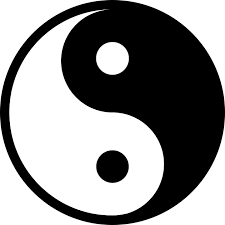 It doesn’t blur the lines but it atleast goes further.

One of things I have grown to despise in a significant chunk of literature that exists from the time of the renaissance till the end of the 20th century, is how much of it is prescription for how other people must live their lives. I call it the implied pedestal or the ladder of I know better, i.e, I know what’s good for everybody.

If that isn’t arrogance then I don’t know what is.

While I try not to imply causation in most things I think a significant chunk of the recent (150yrs) problems are ones that have been created as a result of people climbing the I know better ladder and trying to get people to live lives in their particular way.

Intervention and intrusion into our personal space has been the norm. We even celebrate it.

In my country, we celebrate the linking of a Govt ID to a Bank account as something the has reduced leakage by Govt when it provides subsidies through a scheme.

Surely the best way to prevent leakage on such things is to stop the scheme itself?

My tangential minor diatribe aside, prescription for the person, intrusion into the personal life and intervention in how we interact has been the way to go in the recent past.

Is there no more hope for freedom?

The second law of thermodynamics says that entropy must increase in any closed system as time progresses, does this not hold for the systems that we exist in?

Taking this back to the grey.
Fundamentally, this is about giving people the benefit of doubt, giving people actual democratic power.
I find to be troubling how the clouding of definitions has allowed people to assume that, for example, my country India is democratic in nature.

It isn’t, its a Representative Republic where you elect the collective that will decide the leader of the nation through a democratic voting system which is first past the post in nature.
There are very few ways in which democracy can be diluted further than it is right now.

We’ve lost sight of freedom to decide what is right. We only have the freedom to subscribe.

At this point in time, the devil and the deep sea are all that are left from political organisation front. There has been a large scale propagation of the belief that the ‘I know what’s best for you’ movement is the best movement to be a part of. This is on both sides of the coin.

I’m not sure there is a conclusion to this post, this is just a stream of thoughts on a particular topic that stemmed from frustration when I chose to understand and research on the topic.

I’m currently working on a Intro post to show the different between Right Wing and Left Wing politics, truth is there’s so much grey I thought I’d put this out there too.