In the previous post I highlighted reasons why I’d decided to quit Social Media, well, this time, I went one step further.

I stopped using my smartphone.

Well, for 2 months anyway. In which time I found the right way to strike a balance which is working for me.

I went home, bought a feature phone that can only do calls/sms, switched my smartphone off and locked it in a cupboard after transferring the SIM.

The first 3 days were hard, I was looking for the noise, I wanted a distraction.

Then, silence. I know it sounds weird and that I probably am talking about a first world problem since most people in the world do not have smartphones, but, after 4 years of being bombarded on every side by notifications and just, noise, this was absolute relief.

Quite a few people asked me to write about my experience post doing this and I told them I wouldn’t until I found out something that was applicable for anyone other than me. Not everyone has to take this step, I had to.

Going back to the title, this is about finding the balance, so, we’re only half done.

Why is Descartes featured in the title?

Well, Rene Descartes was this super smart french guy way back in the 16th century and he had this method called Cartesian Doubt (he didn’t name it)

To summarize and simplify the method, you take anything around you and find out if there exists any possible explanation for it not to exist, if you find one, conclude that it doesn’t exist.

That’s basically what I did with my phone. I really didn’t ‘need’ it, there was not absolute reason for it to exist for me.

Now, I’d like to talk a little bit about bluetooth (yes, I know this is a little all over the place)

Bluetooth is this nifty technology that allows devices to pair with each other and share data over short distances.

In this, there’s this concept of a master and slave device.

The master device is the main device that can connect to multiple slave devices and transmit data to and receive data from them.

Slave devices connect to a single master device and if more than one slave is connected to a master, they form something called a piconet (you don’t need to remember this word)

Slave devices can transmit data to and receive data from only the master, they can’t talk amongst themselves.

In the master-slave connection, there are multiple modes:

Well, I think this is how the average persons relationship with their phone is slowly turning out to be.

We tend to wake up to our alarms in the morning, our notifications through the day and prefer it to other people in general.

We’re all slowly becoming slaves of our smartphones. Well, I was anyway, I shouldn’t generalize.

I decided to put it to a stop.

With that groundwork laid out, I can finally talk about this ‘balance’ I’ve found.

I decided to become the master device, quite literally.

I brought my phone out of the drawer, dusted it off and turned it back on.

I’ve now defined a daily time period during which the phone remains asleep.

I turn it back on, but, it only works with wifi and is allowed to show me notifications only twice a day for 10 minute periods.

Yes, I know all of this is possible without doing things my way, but, this is what worked for me. 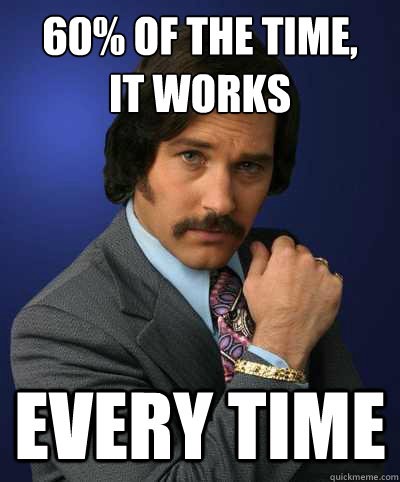 Its done wonders for me, I’ve read more books in these 3 months than I did in the prior year, I’ve spent far more time with friends, traveled more, been more productive at work and have got more sleep than I’m used to.

But, mostly, its just much less noise, which is what I wanted anyway.

I hope this helps someone experiment with life without a smartphone (for a while, not forever)